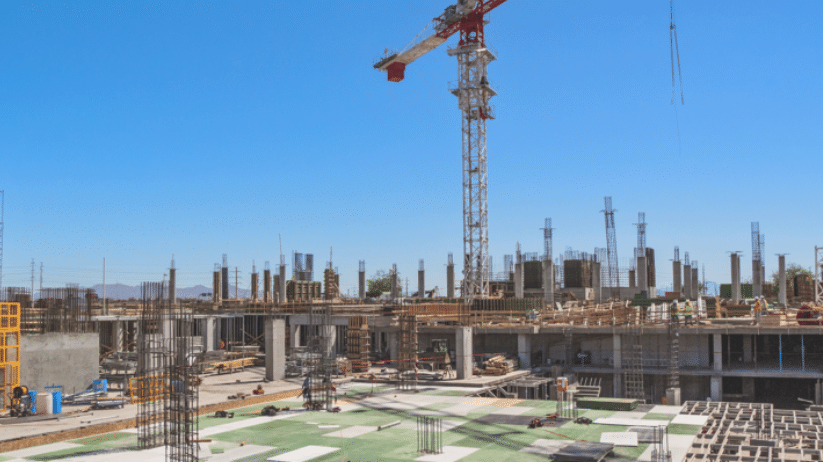 Development is ramping up on the south bank of Tempe Town Lake east of Arizona State University, as a mixed-use project called Pier 202 begins early construction work and a nearby build-to-suit office development is marketed to potential office users.

The Pier 202 development includes 587 apartment units, 22 retail suites and a restaurant on the first floor. Developer Rob Fransway of Springbrook SGC chose City Electric Supply Chandler to supply electric parts for the development, which will include two towers connected by a sky bridge.

“Beneath the apartments will be several shops and a restaurant accessible on the ground level. It will also add more luxury living spaces for a growing city,” said Scotty Evans, outside sales rep for City Electric Supply, in a statement. “This will just bring even more people to the area. In a couple years, when Pier 202 is finally wrapped up, it’s going to be a really great development for Tempe.”

City Electric Supply has begun sourcing electrical parts for the development and will continue working on the project for the next two years, a company representative said.

“Right now, we’re still putting together a lot of the quotes and proposals,” Evans said in a statement. “But we’re making some headway.”

Nearby the master planned development, to the west of the Pier 202 development, KDC and the Weitz Co. plan to construct a 400,000-square-foot build-to-suit office project.

Peter Yates, vice president of development for KDC, told the Business Journal that brokers from Cushman & Wakefield are marketing the site for a Class A build-to-suit office, ideally for one large tenant.

“We are really excited about the site,” Yates said. “We expect corporate activity to pick up when we unpause from Covid. We expect user activity to remain strong.”

Yates said the property owner is still deciding the best use for the land but actively marketing for office.

“We’ve had strong activity from several large users in the marketplace,” Yates said. “We are very bullish on the site, it has great access and traffic patterns being on the east side of Rural Road and the visibility on the water is incredible.”