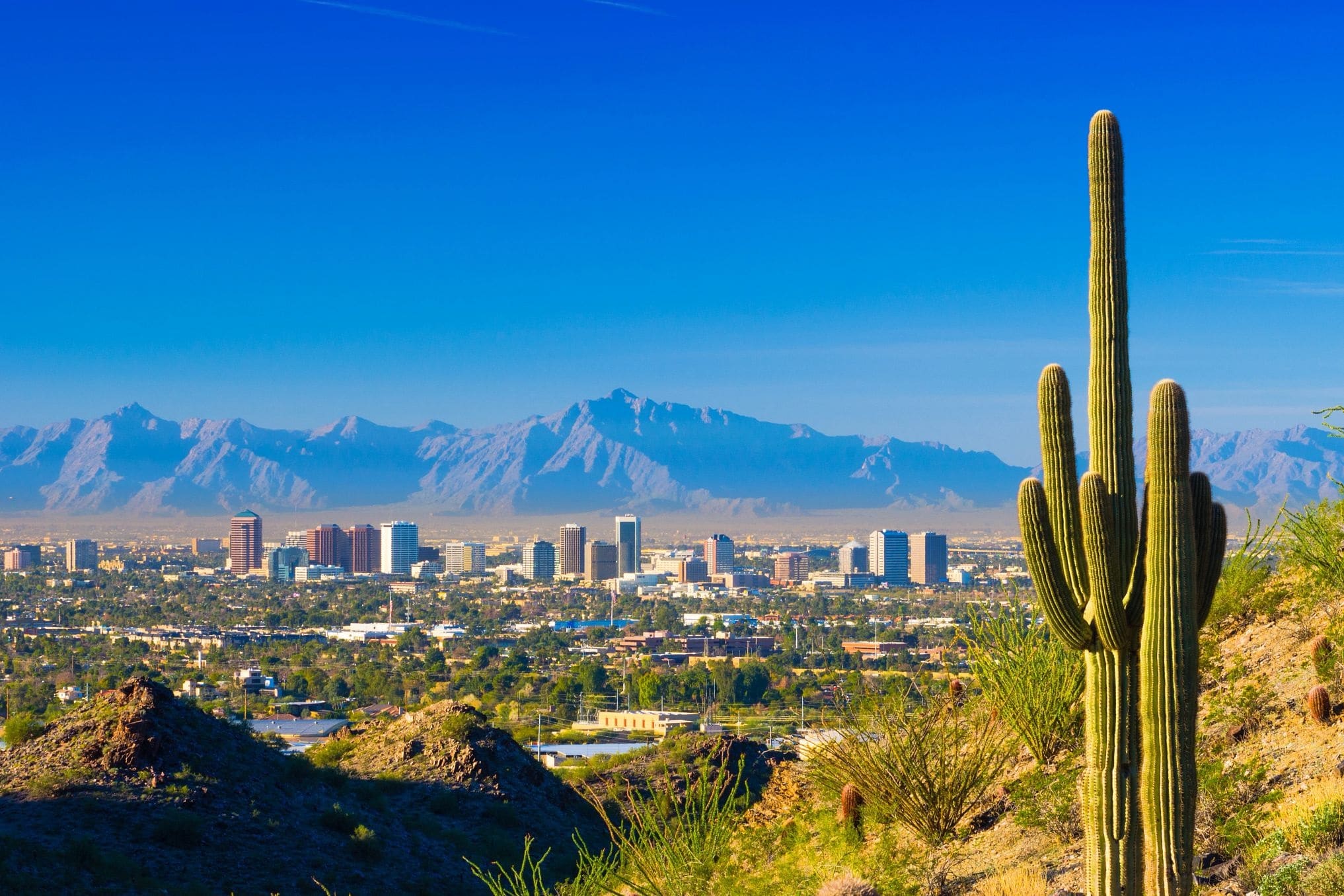 With a population of just over 5 million people, Phoenix is the 10th largest metropolitan area in the country. (Getty Images)

May 6, 2021 | 12:46 P.M.
Phoenix has maintained its ranking as the top metropolitan area in the nation for net migration for a third consecutive year, according to the latest data from the U.S. Census Bureau.

Multifamily landlords and homeowners welcomed the nearly 89,000 people who moved to the Phoenix market between July 2019 and July 2020. The influx of new residents, which amounts to an average of about 244 people per day, has supported robust demand for housing, generating unwavering apartment rent growth and single-family home price appreciation.

With a population of just over 5 million people, Phoenix is the 10th largest metropolitan area in the country. The Valley of the Sun has achieved tremendous growth, and the value proposition that is attracting new residents and businesses to the market has strengthened. Last year, Phoenix’s population grew by 106,008 people, outpacing the market’s 10-year average of 85,562 people.

Since the pandemic, more people have been leaving expensive, dense and highly regulated cities for more affordable markets that enable them a higher quality of life. New York, Los Angeles, Chicago and San Francisco recorded negative net migration last year, while Sun Belt markets, such as Phoenix, posted the largest gains. The increase in remote work policies since the start of the pandemic has also made for a more mobile population that has attracted more people to Phoenix. 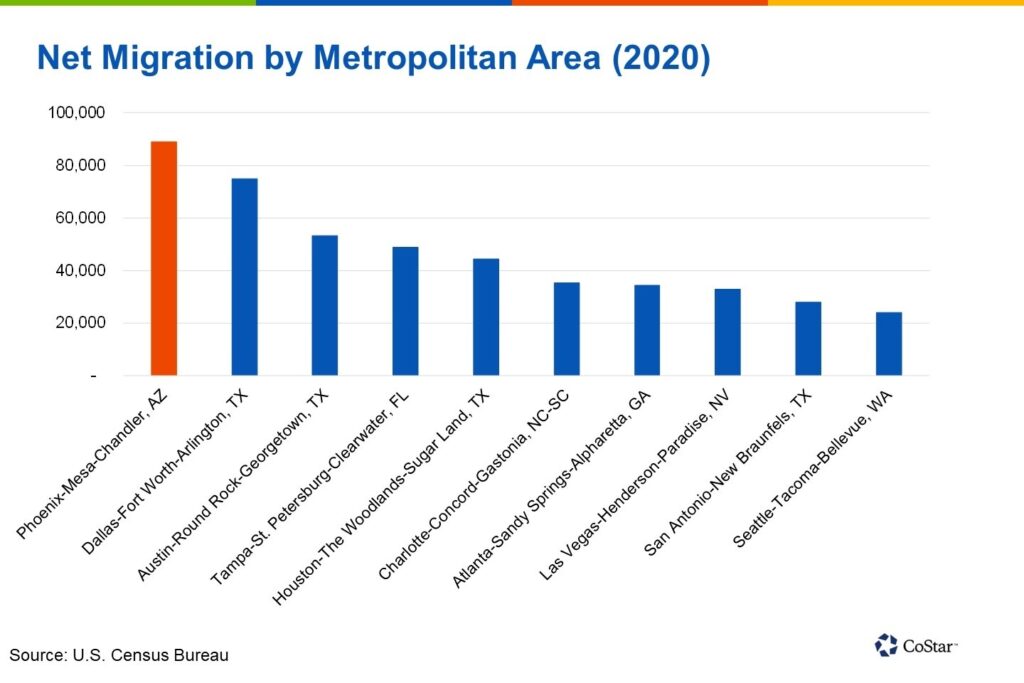 Apartment developers have been active in the Phoenix market attempting to keep pace with demand for housing. But last year, new supply fell short of demand, and vacancies have compressed to a record low. The supply and demand imbalance is present in the single-family sector as well. Low single-family housing inventory has forced new Phoenix residents who would potentially be homeowners into the renter pool, which is supporting rent growth. Multifamily rents have climbed 11.8% over the past 12 months, placing Phoenix second only to the Inland Empire for rent growth in the nation among large markets.

It’s not only housing that is benefiting from the population growth. The industrial market recorded its best year for demand in 2020, as the growing consumer base required more warehouse and logistics space to store and transport goods to Phoenix homes.

Retail leasing also picked up late last year as tenants expanded to areas of the market that are experiencing the most substantial household growth.

While the office sector has struggled during the pandemic, businesses continued to make job announcements in Phoenix last year, citing the large and expanding labor pool as a key driver for their location decision.

Why Industrial Remains Healthy for These Four Markets 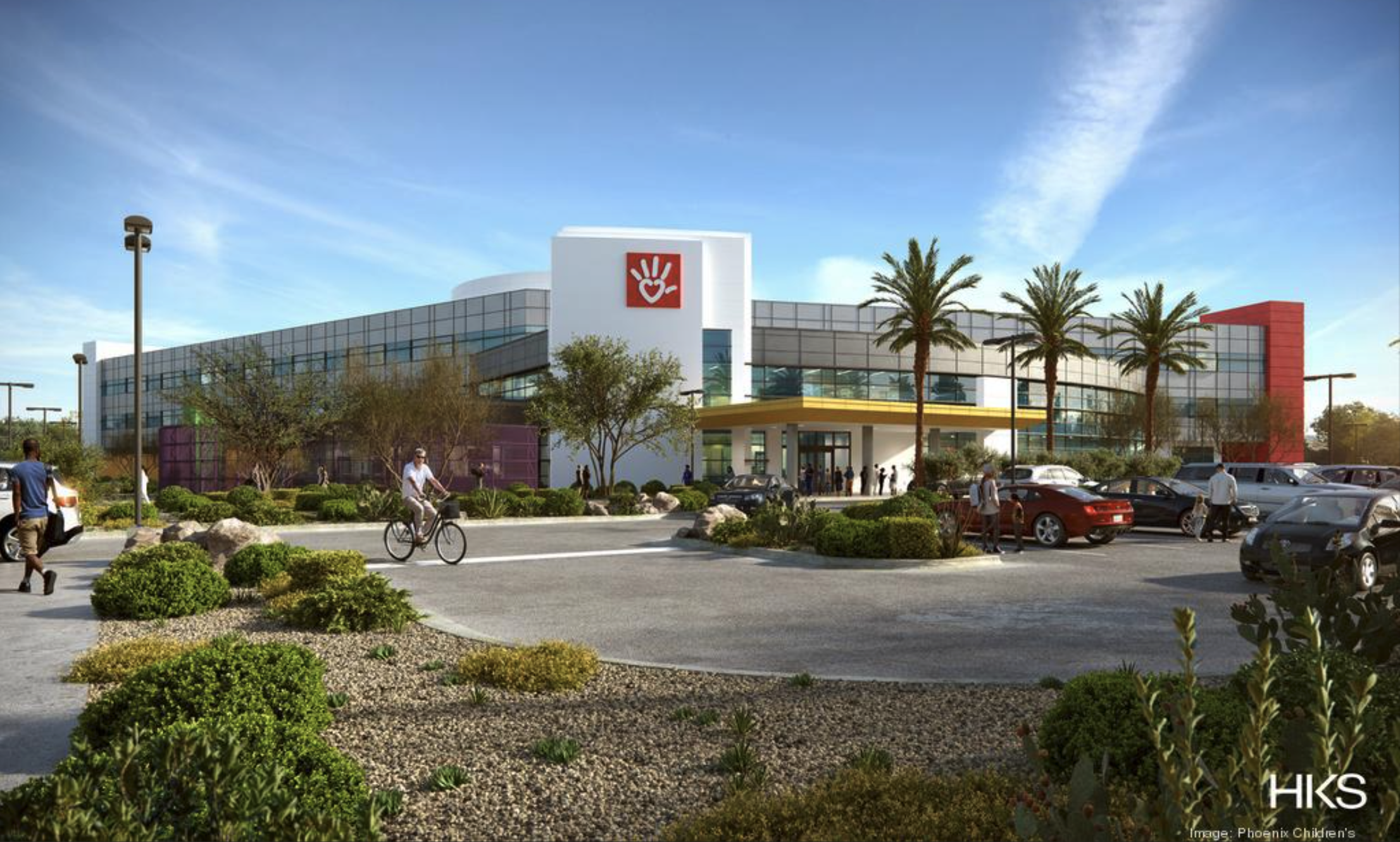 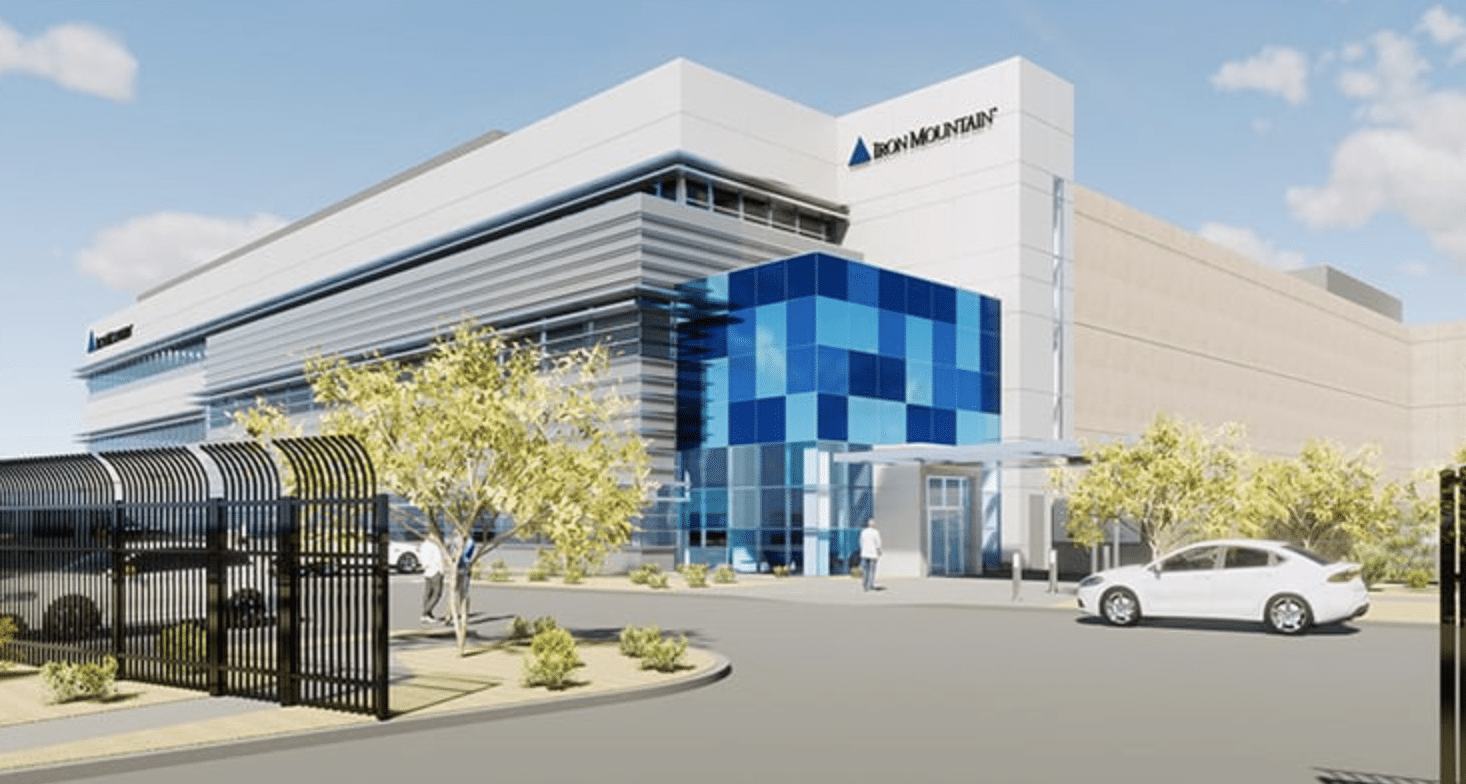