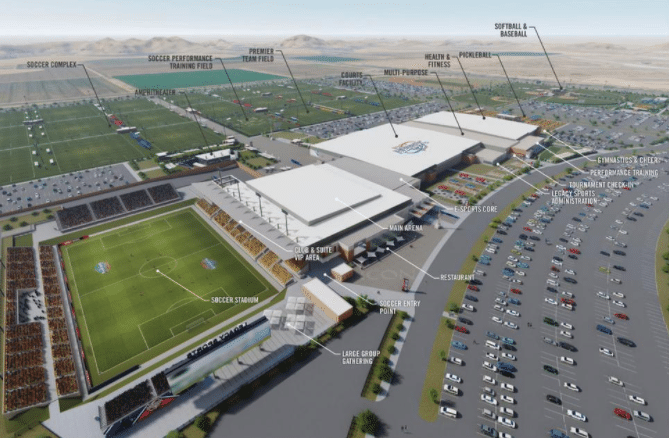 Construction is set to begin on a humongous sports facility in the Southeast Valley.

The development, which will be called Legacy Sports Park, covers 320 acres at Ellsworth and Pecos, just east of Mesa Gateway Airport on the former General Motors Proving Ground. It will be the largest privately owned facility of its type in the country and is slated to open in January 2022.

The huge project has been in the works for years. There were multiple efforts to get some taxpayer money from Mesa residents to build a youth sports megacomplex, with a ballot initiative voted down in 2018. Father and son duo Randy and Chad Miller have been proposing a facility like this for some time. The group was finally able to secure enough private funding to make it happen.

Legacy Sports Park will include both indoor and outdoor facilities with dozens of fields and courts for nearly any sport imaginable: Some of the highlights include:

The sports complex is supposed to be home to local, regional, state, national and international sporting competitions, as well as conventions, concerts and other large gatherings. Legacy claimed in a statement that the complex will “create over 1,500 jobs and generate hundreds of millions of dollars in direct economic impact back to the surrounding community. The park is expected to attract over three million visitors annually.”

Helping the Millers develop and run the project is former decathlete and Olympic gold medalist Dan O’Brien. O’Brien will serve as the director of performance training at Legacy Park.

The Legacy Sports Park will be operated by Los Angeles-based Oak View Group, which is one of the largest venue management and event programming companies, founded by high-profile executives Tim Leiweke and Irving Azoff. Oak View Group operates and manages sports parks, arenas, theaters, convention centers, and amphitheaters throughout the U.S.

Oak View will be responsible for securing a naming rights partner and other sponsorship opportunities for the complex and its separate venues.

Tempe’s Waltz Construction is on board to be the general contractor for the project and it was designed by Icon Architecture Group.

“This project will transform the youth sports and family entertainment industry across the United States,” Chad Miller, CEO of Legacy Sports USA, said in a statement. “Legacy Park is not just a sports complex, but a true family entertainment center with dining options, athletic apparel shops, as well as venues for concerts and various artistic events. A facility such as this is long overdue in the Arizona market.” 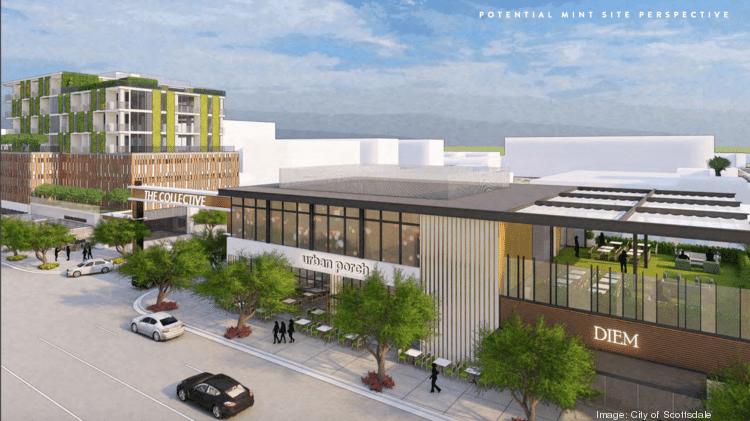 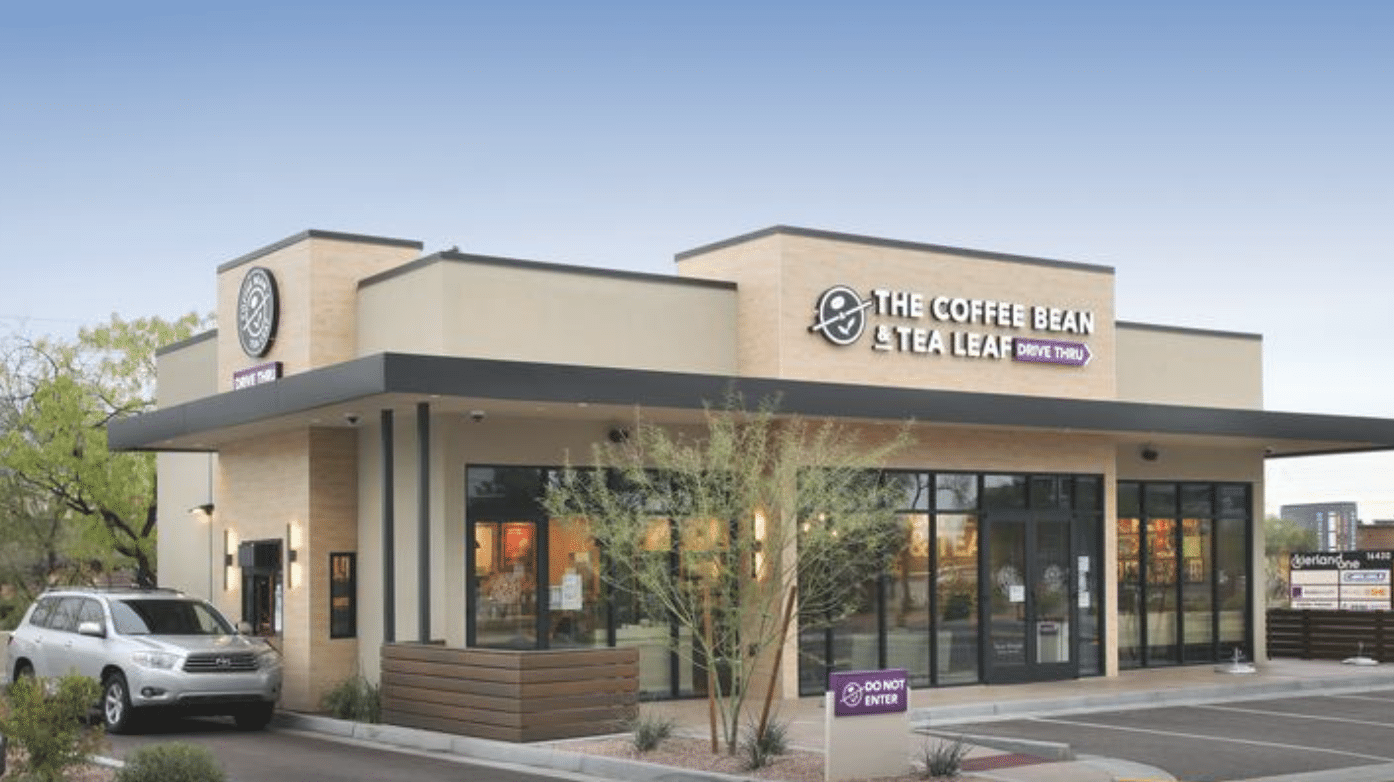 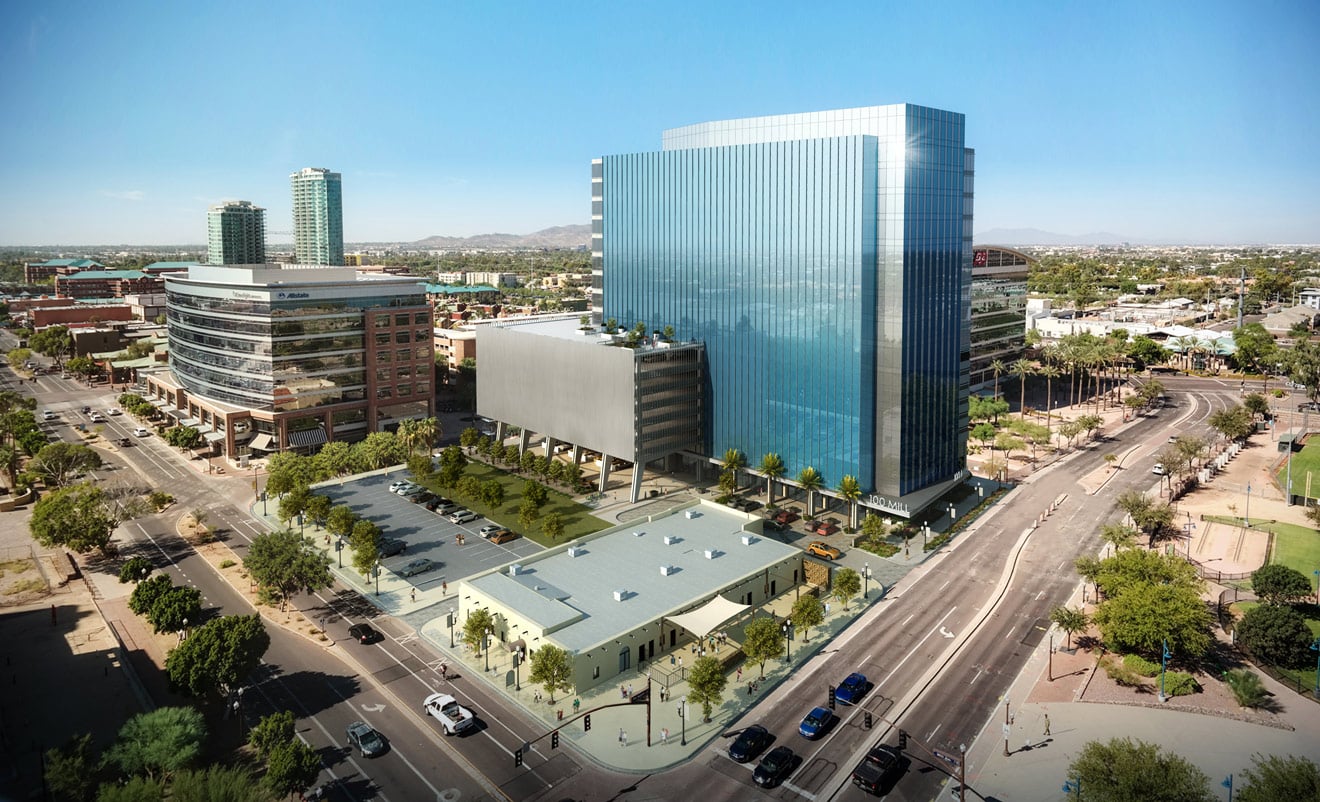