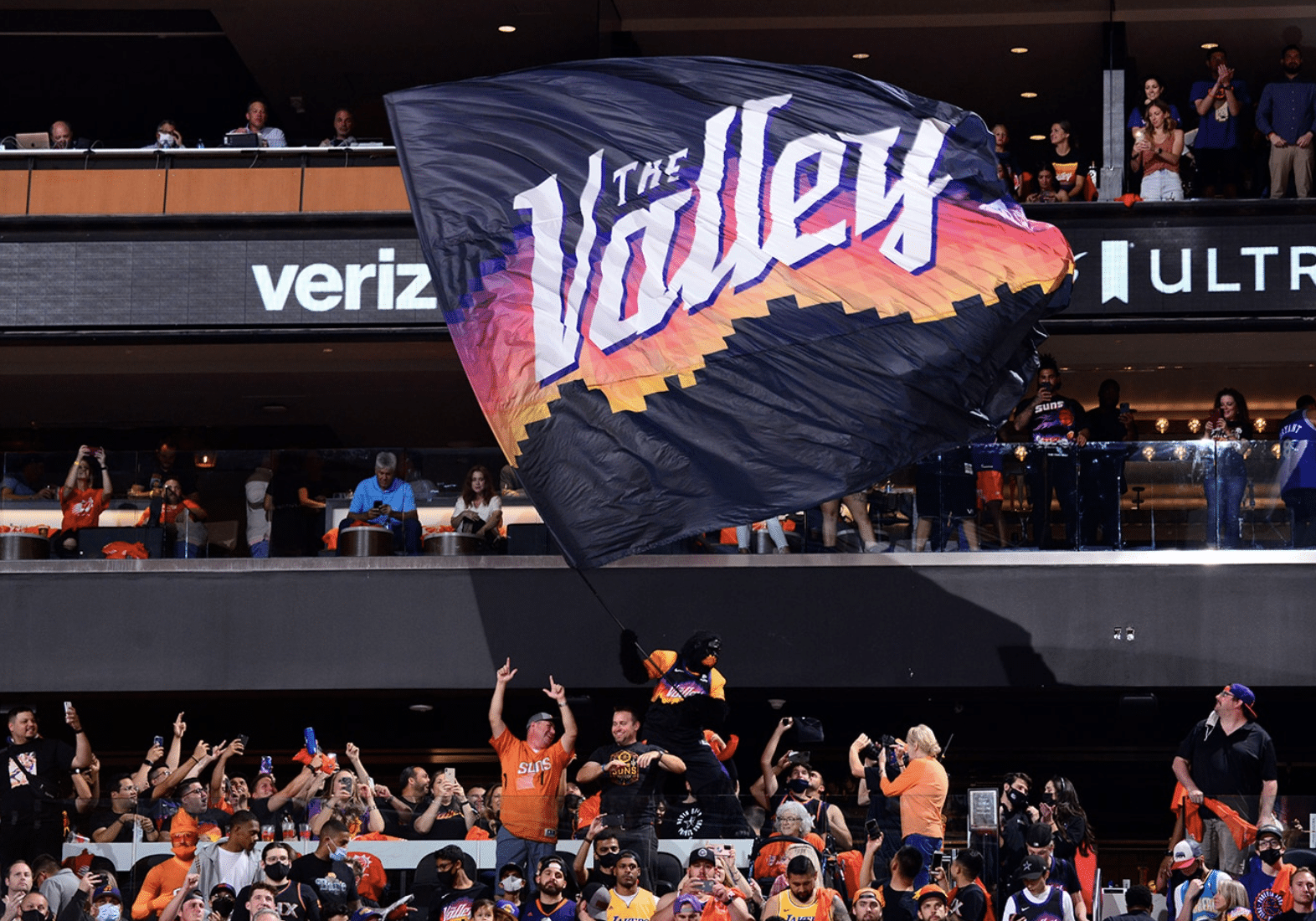 The success and likability of Chris Paul, Devin Booker and the rest of the Phoenix Suns could help lure companies to open offices in the region — if not move their entire headquarters to Phoenix.

Well, that is what economic development officials are hoping as millions of people tune in to watch the Suns play in the NBA Finals. Game two of the series is Thursday evening at Phoenix Suns Arena.

Claudia Whitehead, a program manager at the city of Phoenix’s Community and Economic Development Department, said the Suns are coming up on all the calls she does with companies considering a move to Phoenix, even the ones on the other side of the world.

A few weeks ago, Whitehead started talking with a CEO of a biotechnology company in Australia at the BIO International Convention. Before their conversation, he was eyeing large cities on the coast for possible locations for his U.S. operations. But after talking with Whitehead, Phoenix is now in the mix. The CEO has learned more about the city and has become excited about the possibilities here after watching Suns games on TV, Whitehead said.

“All of a sudden he recognized the opportunities for his company in Phoenix and he is already rooting for the Suns,” she said. “It shows the global reach of basketball, and our Phoenix Suns are not just being recognized in our own backyard, but around the country and around the globe.”

Since the Suns have started winning in the Playoffs and after the Suns won the first game of the NBA Finals, Phoenix’s economic development office has seen an uptick in interest in companies looking to Phoenix for their next move, Whitehead said.

Whitehead said the city and state had a lot of success finding companies interested in moving to the Phoenix area during the last Super Bowl held here in 2015, and she said the Suns playing in the Finals could have similar results.

Whether it is business leaders or just talented workers, seeing the Suns success and then being exposed to Phoenix through the broadcasts of the games and the media coverage surrounding the NBA, can make the city stick in people’s minds, Whitehead said. They might not be ready to move this week, but she said the hope is that when they are considering a move in the future, they’ll associate Phoenix with winning, fun and teamwork.

The exposure the team and city are getting during the NBA Finals isn’t just attractive to business leaders, but the Valley’s tourism industry is stoked about the media exposure the city is getting.

“The beautiful images of our destination during time outs and commercial breaks provide an incredible opportunity to showcase Phoenix to past and potential visitors looking to book their next vacation,” said Megan Trummel, the director of marketing and corporate communications for Visit Phoenix.

The Suns run through the NBA Playoffs has also helped businesses in downtown Phoenix recover from the economic slowdown caused by the Covid-19 pandemic and both Trummel and Whitehead agree that when people see that those businesses have recovered, it creates more interest in those looking at Phoenix, whether as a vacation destination or as a place to operate a business.