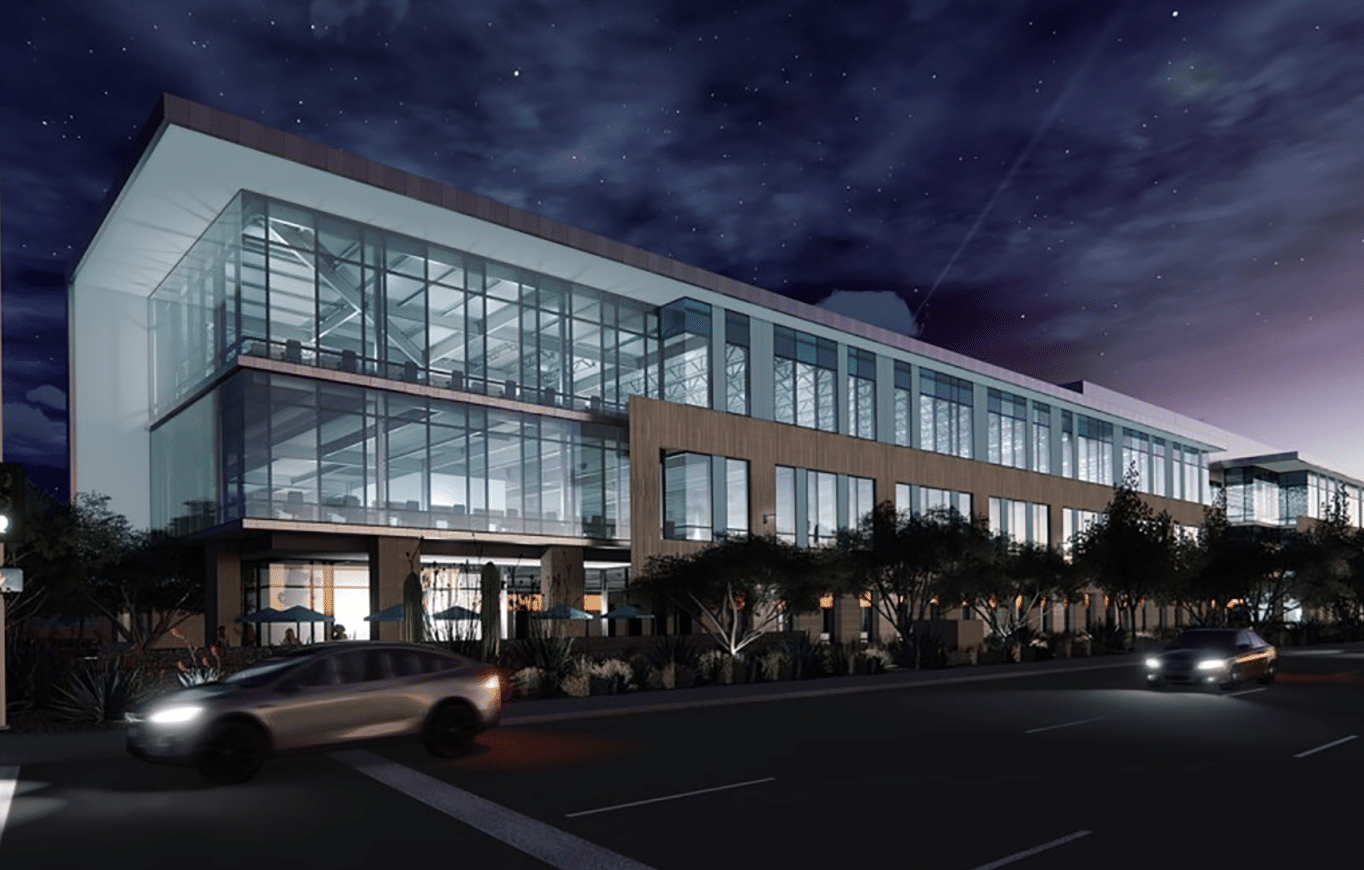 General contractor Willmeng Construction and developer Trammell Crow Co. have topped out vertical construction of the three-story Axis Raintree, the first office project to be built without a signed tenant in Scottsdale, Arizona, since 2015.

The contractor said that crews placed the final beam atop the steel structure at the southwest corner of Raintree Drive and 87th Street, marking the halfway point of completion of the 175,000-square-foot building and parking garage, which Trammell Crow is building on speculation.

Construction, designated an essential industry in Arizona during the coronavirus pandemic, continued this spring, and the virus impacts did not delay the project, which is expected to be finished in late January, according to a Willmeng spokeswoman.

The project has generated a lot of interest, but leasing agents have not yet signed a tenant, the spokeswoman added.

Axis Raintree is designed to target companies looking to modernize and upgrade their offices to help recruit and retain employees, Trammell Crow Vice President Cullen Mahoney said in a statement when the project broke ground in December. The concrete-and-steel, glass-enveloped building designed by Minneapolis-based RSP Architects is planned to include a café, training room and a 900-space parking structure.

The project represents the first new office building in north Scottsdale since Block M at Scottsdale Quarter opened five years ago. Roughly 650,000 square feet of office space is under construction in Scottsdale Airpark, one of the Valley of the Sun’s main office hubs with more than 13 million square feet of existing buildings, according to CoStar Analytics.

Prior to the pandemic, about three-quarters of the space leased before construction was complete, reflecting strong demand from companies in a variety of industries, including technology and financial services.

Scottsdale Airpark’s fundamentals have improved significantly over the past decade, although they are expected to take a hit due to the coronavirus, at least for the immediate future, according to CoStar.