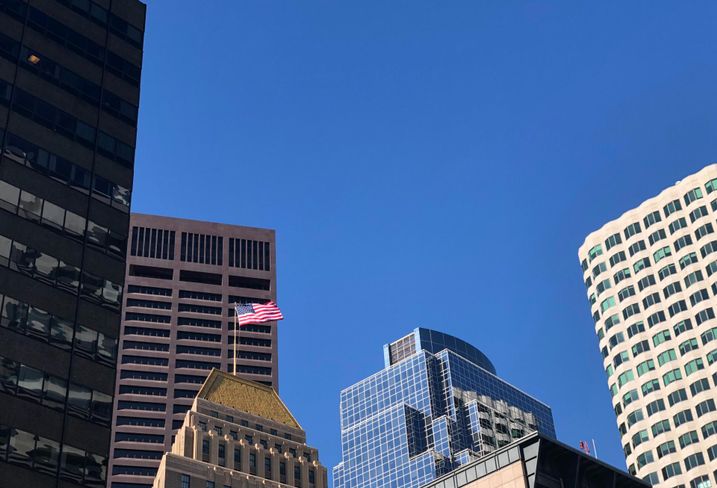 A chasm is widening between owners and occupants of office real estate around the country.

Though the coronavirus pandemic has thrust thousands of companies into remote work, office landlords are counting on most of them eagerly returning to their now-deserted offices. Given how well many companies report the forced experiment has gone, data shows that many tenants won’t be obliging.

About a third of U.S. employees were working remotely as of last month. In the meantime, a number of third-party reports on how many workers and companies prefer that it stay that way — either on a part-time or full-time basis — portend at least some long-term impact on commercial real estate, ranging from measurable to transformative.

By the end of April, 69% of companies had plans to shrink their office footprint in accordance with increased remote work, according to a CoreNet Global survey. Similarly, a survey of over 300 chief financial officers by Gartner, an S&P 500 research and advisory company, found that 74% of companies intend to shift at least 5% of their workforces to remote work. For most of those companies, at least 10% or 20% of workers are expected to remain remote.

A preference among many employees has also become more apparent, especially for remote work on a part-time basis. Four out of five employees in a global Colliers International survey conducted in late March said they would like to work remotely one day a week or more beyond the coronavirus crisis.

“Without a doubt, there will be a decrease in office footprint needs. It’s just a question of how much,” Kropp said.

Before the coronavirus pandemic, about 10% of workers that could do remote work did so full time, and an additional 20% did remote work at least some of the time, according to Gartner. Now, CFOs Gartner surveyed indicate the former figure will rise to 19% and the latter figure to 29%.

That number could be even higher.

If 37% of the millions of jobs in the U.S. can be performed entirely at home, as predicted by University of Chicago economics professors Jonathan I. Dingel and Brent Neiman, millions of workers will be going into the office less, if at all.

Kropp said he expects a 50-50 split between the number of those who come into an office full time versus those who work remotely at least part time, representing a change from the 70-30 split seen before the pandemic.

“But there’s not a scenario that we see, as we’ve looked at the decisions finance and HR executives and CEOs are already making, where every company is going to bring all of their people back,” he said. “There’s going to be a decrease in need of companies for the same corporate real estate footprint.”

All of this led Moody’s Analytics’ Reis experts to conclude in a report this month that the “magnitude of distress” coming to the office sector may compare with retail’s adjustment to e-commerce.

Such a disruption could theoretically lead to declining office rents and drastically reduce aggregate property values. In the U.S., there are over 11 trillion SF of office space worth a combined $2.5 trillion, each figure representing just over 15% of the entire CRE market, according to a recent estimate from Nareit.

For most of the preceding decade, both office supply and average asking rents rose steadily, with the latter coming into this year at about $35 per SF, according to JLL. In some parts of the country, office landlords were making a killing by the tail end of the economic expansion. Average asking rents in San Francisco’s central business district, for instance, reached $94.89 per SF, according to JLL.

A lot is on the line. For instance, Boston Properties, SL Green Realty Corp. and Vornado Realty Trust — three of the nation’s largest office landlords — own over $21B, $12.7B and $18.2B in assets, respectively. A drop of 20% would cost just those three a combined $10B in market value.

But a massive shift in need and demand has largely been met with insouciance by some of the nation’s largest office landlords.

Pointing to their own studies, many have said they aren’t as concerned about remote work as some of their tenants are intrigued by it. They argue that there is simply no viable long-term substitute for the office environment for the vast majority of companies, especially productivity-wise.

“We really don’t think that the work-from home-layout is long for the world and for most office users from the standpoint of productivity,” said Kennedy Wilson executive Nicholas Colonna, president of commercial investments and fund management for the global real estate investment company.

Surveys and reports of productivity remaining steady or even being enhanced by remote work won’t last into the long term for most companies, JLL Northern California Director of Research Alexander Quinn said.

Even so, some companies have already said their allowance of more remote work means they will shrink their office footprints. In light of remote work’s effectiveness, Morgan Stanley CEO James Gorman said last month the company will occupy less office space. Employees in Nationwide Insurance’s four main corporate offices will continue to work there, but the company is leaving all its other offices to focus on remote work, Nationwide Insurance CEO Kirt Walker said last month.

An exception as of this month is Twitter, which Bisnow reported last week has no plans to reduce its office footprint, despite permanently extending the option for remote work to some unknown number of its 5,000-plus employees.

Aside from real estate cost savings associated with remote work, companies are also motivated by an apparent preference among workers for it. Society for Human Resource Management Knowledge Center Director Amber Clayton said SHRM observed a growing preference for flexibility before this year.

“Anecdotally — we don’t have the research on this yet — we anticipate that more employers are going to be allowing telework post-COVID,” Clayton said. “Now that they see that it can work, then they may have that as a perk or a benefit, especially as it comes to recruiting people.”

CBRE Research Chairman and Senior Economic Advisor Spencer Levy said he doesn’t think office landlords should be worried about the office sector’s return, at least beyond the short- or medium-term barriers to occupancy presented by the spread of the coronavirus.

For one, a preference for remote work is more life stage-dependent rather than being tied to Generation X, millennials, Gen Z or future generations throughout lifetimes, as is often argued, Levy said, citing CBRE research on the subject.

“People don’t go into offices — any more than they go into many retail environments — because they need to. They go back in there because they want to, and those want factors have not changed,” Levy said.

“They include making people happier, more productive, attracting and retaining talent, and the most important of all, which is creating the culture that you want for your company,” he said. “And you just can’t do that over Zoom calls.”

Calling a future rise in flexible work arrangements only marginal, Levy said the widespread knowledge that such arrangements are feasible existed long before the pandemic and that the potential of office work means it will be a mainstay for the long haul.

“The truth is that people haven’t quote-unquote needed office for a long time, but people continue to go back,” he said.

Others believe that remote work’s potential is news to enough companies like Morgan Stanley and Barclays for it to worry office landlords.

“Right now, CFOs are voting with their wallet,” Kropp said. “One of the biggest things that was holding up the movement to more remote work was a lot of senior leaders saying, ‘If I can’t see them, I’m going to assume they’re not working.’ That belief has been broken.”

It is this difference, along with technological advancements, that creates an existential threat to some types of offices, according to CREtech Leadership Board Member Antony Slumbers.

Echoing the Moody’s Analytics comparison of the office’s unknown future to brick-and-mortar retail’s predicament, Slumbers cites a once-common belief that e-commerce didn’t pose an existential threat to clothing retailers, until apparel became the most popular item type to purchase online.

“I do find this attitude from a lot of the industry just saying, ‘Oh, well, yes, people are working remotely, but they don’t like it and are dying to come back to the office’ — it’s just stupid,” Slumbers said.

Though he, like Kropp and other observers, predicts a reduction in office needs in the long term, Slumbers said he expects a lot of that to be offset by specialized offices. Those will be earning more than ever before as thousands of companies continue to need offices for the foreseeable future.

“Offices are only going to survive if landlords can inculcate desire among their customers,” Slumbers said. “Depending on who you are and how you operate, this is either a very big bur or a very big feature.” 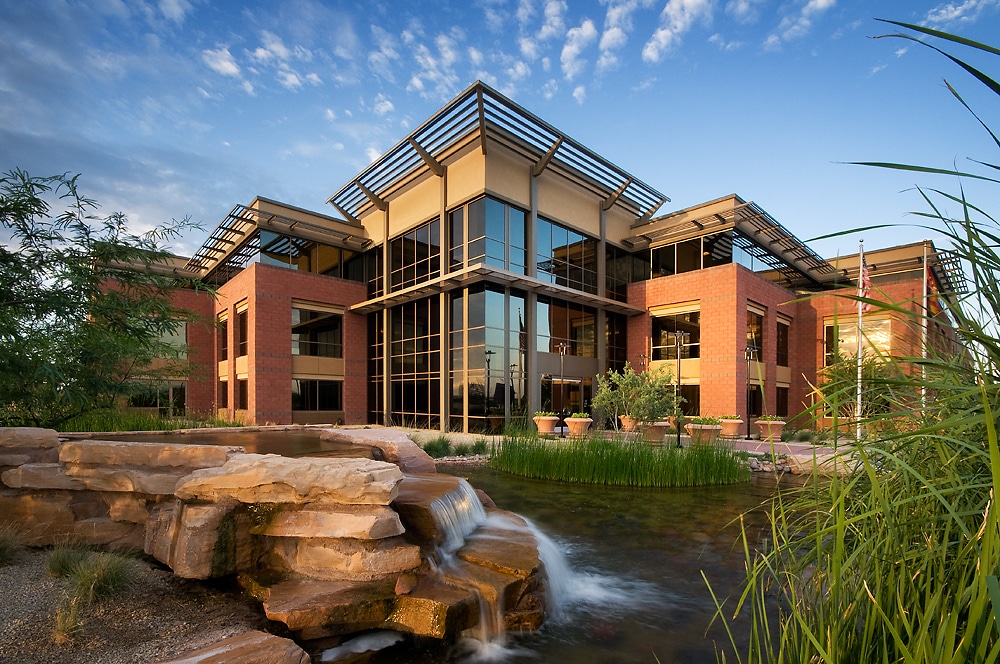 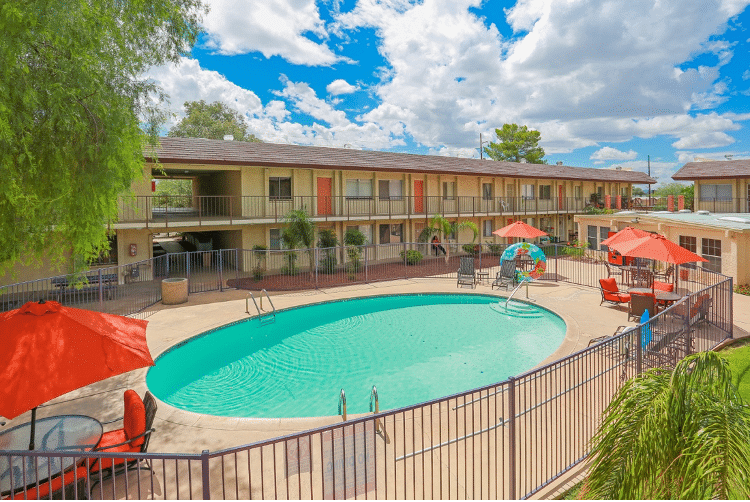