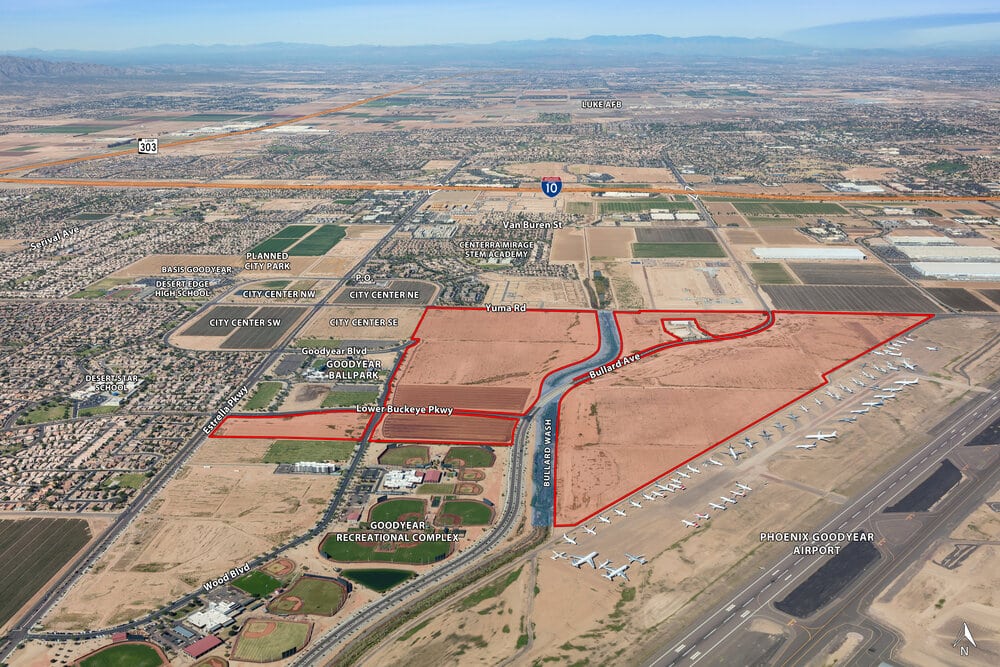 The project will include five buildings along Yuma Road and Bullard Avenue in Goodyear totaling 2.7 million square feet on 170 acres, according to plans submitted to the city of Goodyear. The buildings, which will be built in two phases, will range in sizes from 320,320 square feet to 730,290 square feet.

“We’ve got site plan approval, that was done last week,” said John Mocarski, a project architect at LGE Design Group, the architecture firm on the project. “We are submitting our drawings, probably in the next two weeks so there’s probably a 30-day review time.”

Mocarski said he expects to receive a building permit from the city of Goodyear in September.

“They’re gung-ho all about it,” Mocarski said, regarding the Goodyear City Council, which approved the preliminary plat for the Airpark Logistics Center at its regular meeting on June 21.